Get a Quick Estimate! 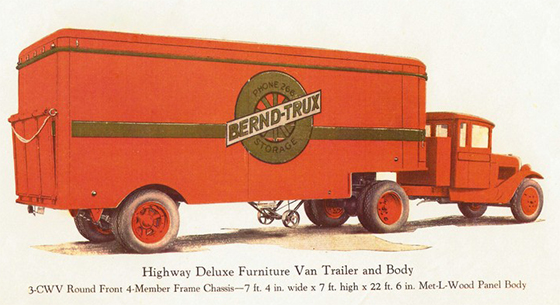 Curtis Bernd began his career as a fourth-generation relocation professional as a young teenager in 1975. He began full-time employment in 1986 with his uncle, Bob Bernd, who had purchased the Moses Lake Mayflower office from his grandfather, Roy. During his employment, Curtis worked diligently in every aspect of the business, making him a warehouseman, packer, local driver, interstate driver, operations manager, salesperson, sales manager and general manager all in one.

Bob Bernd eventually decided to sell his Mayflower agencies, and Curtis remained in the family business when the new owner, Seattle-based Crown Mayflower, took over. Shortly after, he decided to leave the moving business in order to become a licensed real estate agent, and worked successfully in the industry for the next 10 years.

In December of 2013, Curtis was contacted by Crown Mayflower, who was seeking a sales professional in central Washington. Without hesitation, Curtis decided he was ready to return to his roots and gladly accepted the position. At the time, Mayflower was under the direction of Unigroup, Inc, who was also the parent company of United Van Lines. Fate became evident in 2015 when Curtis’ other uncle, Doug Bernd, who was the current owner of Bernd Moving Systems, informed him that he would be selling his business and wanted to know if he was interested in carrying on the family legacy. Doug had purchased Curtis’ grandfather’s Yakima office when he retired, and although it was originally a Mayflower agency, he switched to United Van lines in 1986 and has been a loyal and successful agent for them to this day. Due to nearly a century of dedication to providing high-quality moving services, the Bernd family’s operation has gained the respect and loyalty of generations of local families.

Finally, in September of 2016, Curtis Bernd purchased Bernd Moving from his uncle, Doug. Since then, Bernd Moving has become a permanent fixture in the Yakima and Kittitas Valleys, as well as the United Van Lines family of agents. In 2016, we celebrated the 100-year anniversary of the Bernd family of movers!